Patrick Sizemore founded Strategic Wealth Management, Inc. in 1988 and is its majority shareholder.

He attended the University of Oregon and served with the U.S. Marine Corps in Vietnam.

His broad background and expertise started at an early age when he worked for his father’s CPA® firm in Cottage Grove, Oregon before he even finished high school and after his Marine Corps service. He spent almost a decade in management with what was then, the nation’s largest insurance company, before leaving in 1980 to specialize in the pension and employee benefits consulting areas. He was an owner of a pension administration and consulting firm, and has consulted on qualified retirement plans and the investment of retirement and trust assets for over three decades. He has extensive working knowledge of plan design and administration and trustee investments. He is a frequent speaker on the topics of proper investment policy design and proper allocation and diversification of investment assets.

Pat designed Strategic Wealth Management, Inc. (SWM) around his strong belief in hands-on service, alignment of interests with clients and his conviction that adherence to investment disciplines and processes is the key to successful financial investment and a successful Investment Consulting firm. For both Pat and the firm, the philosophy and goal for clients is: "Prosperity with Peace of Mind" and Pat strongly believes that, to achieve this, continuous client education is a key requisite.

Pat and Nancy reside in Kirkland, Washington. Pat's hobbies are reading, boating, travel, photography, and spending time with his children and grandchildren.

Jim Sizemore began his career in finance while still in high school, working in his father's CPA® firm. Later he worked with a regional CPA® firm before leaving public accounting in 1976 to join the staff of the Confederated Tribes of the Warm Springs Reservation of Oregon where he served as finance officer until 1986.

Since 1986, Jim has consulted exclusively for or on behalf of Native American Tribes in the broad area of financial management, and dealing with financial aspects of tribes' relationships with the federal government. Jim has considerable expertise providing assistance in the development of internal capacity for financial management, including policy, planning and budgeting. He also assists client tribes in developing and negotiating self-determination contracts and compacts, developing and negotiating indirect cost rates, preparing and contracting for audits, negotiating local control of tribal assets and other finance and financing related activities.

Jim heads up SWM’s Native American Services. He works very closely with tribal clients to ensure integration of financial policy, planning and management processes, with investment solutions and strategies. Jim coaches and provides training for CFO’s, Finance Directors and officers, finance and investment committees, 401(k) Committees and their staffs to support development of internal fiscal management capacity. Based on his broad tribal experience he is called upon to assist in many issues that have bearing either directly or indirectly on the finances of SWM client tribes.

Jim is a shareholder, Chief Financial Officer and registered investment advisor with Strategic Wealth Management, Inc. Jim has the lead role in the firm in addressing Tribal client needs and policies, also initiating and overseeing the development and evolution of client training. He is also a member of the Capital Markets and Money Manager/Fund Review committees. Jim spends much of his time in the field with SWM’s Tribal clients or in the firm’s Kirkland, WA headquarters. When at home in the Portland area, he works from and oversees the firm’s Tualatin, Oregon office where he and his staff are full time devoted to the firm’s Native American tribal clients.

Jim lives in Newberg, OR with his wife Susan. Jim and Susan enjoy running a small farm, Misty View Farm, where they raise champion Shetland Sheep and other farm animals and pets, as well as timber. Jim also enjoys hiking, golf and playing with his 11 grandchildren.

Jason is a member of the Assiniboine Indian Nation and also a descendant of the Turtle Mountain Band of Chippewa Indians. He grew up in the northeastern corner of Montana on and near the Fort Peck Indian Reservation, home to his Assiniboine Tribe and to the Hunkpapa Band of Sioux.  Jason left the area following High School and settled in Seattle where he received his BS in Electrical Engineering from Seattle Pacific University. In 1997, he co-founded a semiconductor representative firm and launched a separate consulting firm that provided outsourced design and manufacturing.  During this time, he earned an MBA® in Technology Management from the University of Washington's Executive School of Business where he focused on Venture Finance and Economics.  Jason left the high-tech industry in 2003 to pursue his interests in the financial services industry.

Jason joined Strategic Wealth Management in 2006. He was previously with Merrill Lynch’s Private Banking and Investment Group where he led his team's efforts in offering investment assistance to Native American Governments.  As Director of Research and Trading for Strategic Wealth Management, Jason facilitates our investment research and due diligence, structures client portfolios, and leads our Capital Markets and Fund Manager Review Committees. He takes an active role in training and support for Tribal investment and 401(k) committees.

Jason also utilizes his professional expertise to enhance the impact and effectiveness of children’s charities. He has served as a Board Member and planned giving advisor with the Boys and Girls Club, and as an advisor and fundraising leader for Childhaven, a King County charity that provides safe haven and childcare for abused and neglected children. Jason currently serves as Director of Hoopaholics, a non-profit that raises money for children’s charities by hosting adult amateur basketball camps.  He also serves as President of Redmond Select Boys Basketball.

Jason lives with his wife and three children in the Bear Creek Country Club neighborhood of Woodinville, WA.  An occasional golfer, he spends the majority of his free time coaching his boys in basketball and Little League.  When not coaching the boys, he is generally trying to unwrap himself from their sister's finger.

Eric Davenport began his career in municipal and state agency management positions administering a variety of regulatory programs. Later, he used these developed skills in consulting to local and state agencies in Alaska.

From 1987 to 1997, Eric served as the Executive Officer of the Central Council Tlingit and Haida Indian Tribes of Alaska (CCTHITA), the regional Tribal government of Southeast Alaska, having a Tribal enrollment in excess of 23,000. 21 rural communities in the Southeast Alaska archipelago were served by a Tribal staff of 250. In this capacity, Eric developed and oversaw the management of Tribal programs, finance, investments and Tribal enterprises.

Eric represented CCTHITA as a board member, Vice Chair and later Chairman of the InterTribal Monitoring Association on Indian Trust Funds (ITMA). In this capacity, he co-authored the American Indian Trust Fund Reform Act of 1994, which established the Office of Special Trustee within the U.S. Department of Interior. This bill also brought about other significant reforms addressing the mismanagement of Tribal and Individual Indian assets in trust with the United States government.

Most recently, Eric served as the Executive Officer of the Nooksack Indian Tribe located in Northwest Washington. In this capacity, his focus was on building internal management and finance controls, service delivery systems, policy structure and organizational development.

Eric’s new position of Senior Consultant, Native American Services, involves working closely with Jim Sizemore, Director of Native American Services, and SWM’s current and future Tribal Clients. Eric works primarily in the areas of structural management, policy and fiscal disciplines consulting, and providing coaching and assistance in the development of operational plans and strategies. He will also be involved in Tribal Management and Tribal Council/Board of Trustees education at many different levels.

He has served as a board member for Pacific Lutheran University, board member of the Development Council for the University of Alaska/Southeast, City Councilman for the City of Silverton, Oregon and Finance Chair for the Alaska Synod of the Evangelical Lutheran Church of America.

Now living in the Willamette Valley, where he grew up, Eric enjoys raising and showing Giant Schnauzers at AKC shows, golfing, charcuterie cooking and fishing.

Lesa Merrick graduated from Capital University in Columbus Ohio with a degree in Human Services. Lesa has over thirty years experience in the financial services industry. She has been employed at Strategic Wealth Management, Inc. since 2006 as Executive Associate to the President, working directly with Patrick Sizemore on client services and SWM's compliance program as the compliance officer. Lesa maintains the Private Client relationships, working closely with each client to ensure their individual needs are being identified and met.

Lesa also is responsible for coordinating all custodial account documentation relating to new accounts and the maintenance of all existing accounts for both Tribal clients and Private clients, and assists with transactions and quality control. She is the liaison between SWM and the client custodians and sub-advisors for addressing client/ custodian account needs and issues.

Prior to joining SWM Lesa worked in Private Banking at Bank of America and Key Bank where she established her client centered approach to business. In her role as Private Banker she was also fully licensed in all required securities licenses including Securities Principal. Lesa also had over a decade of experience as a Branch Manager and a Corporate Trainer with both Wells Fargo and Key Bank, She has many years experience in the delivery of training programs (both in the financial and mental health fields) and in the compliance area of the financial services industry.

Lesa has many interests, some of which include reading, dance, and community service. 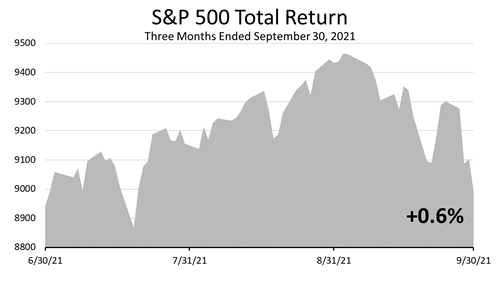